A note from Miriam Swydan Erickson...

I was fortunate to have many good role models among the women in my family who were high achievers. Here is a letter from my mother’s older sister my Aunt Victoria Thabit (Basil) to me in the 1980’s. She is the sister to my mother Gloria and Olga. "Vicky" was born in Brooklyn, NY in 1908, and passed away in 1996. Note her reference to my grandmother Miriam who was determined that all of her daughters would be educated, unusual for that time. Auntie Vicky went on to graduate from Barnard College.

She sent me, along with the letter below, some copies of references to Thabits found in Philip Hitti's books. I've read both of his books.

Auntie Vicky was a high achieving corporate woman for her time.  What was interesting was that I recently had a conversation with Vicky's daughter Irene (78) my first cousin. We discussed how lucky we were that our grandmother Miriam insisted that all of her daughters become educated.  And here in that letter auntie Vicky confirms just that! 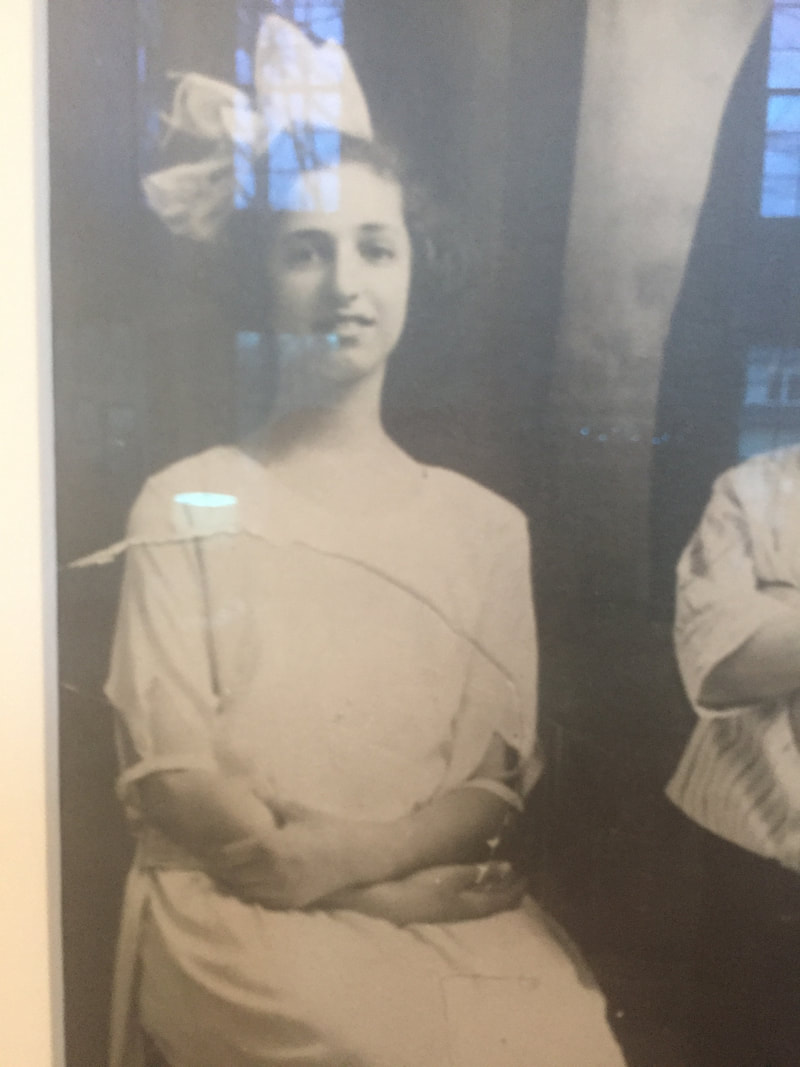 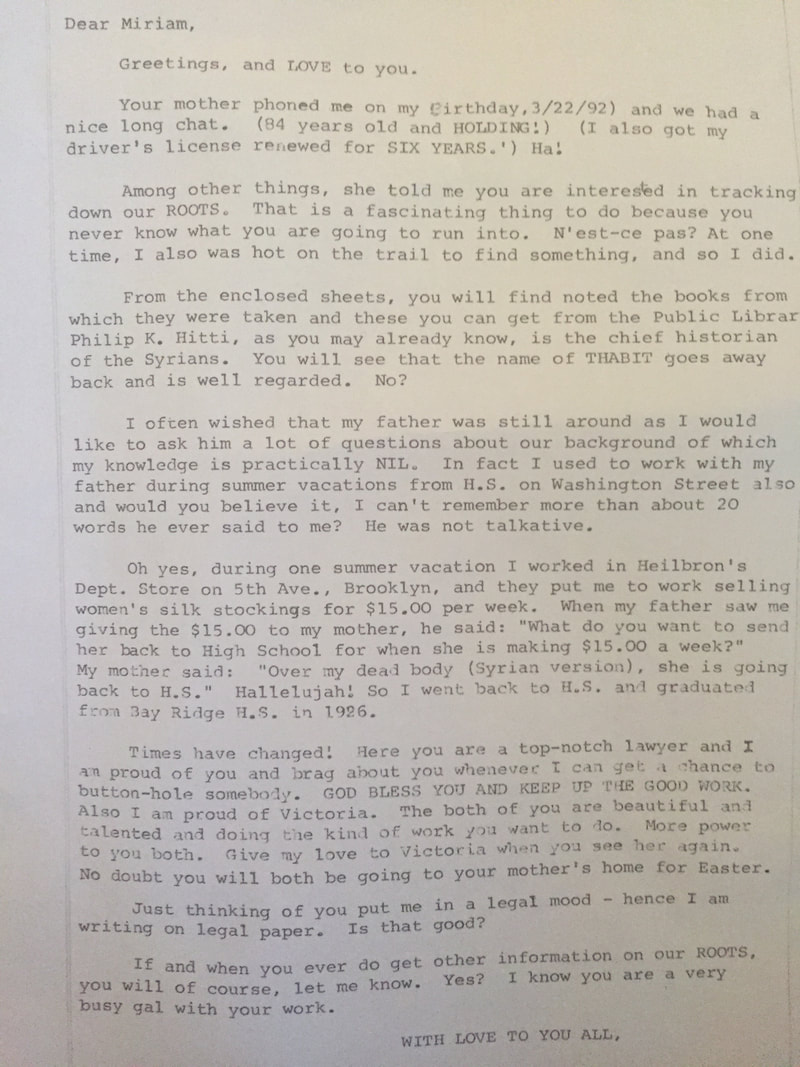